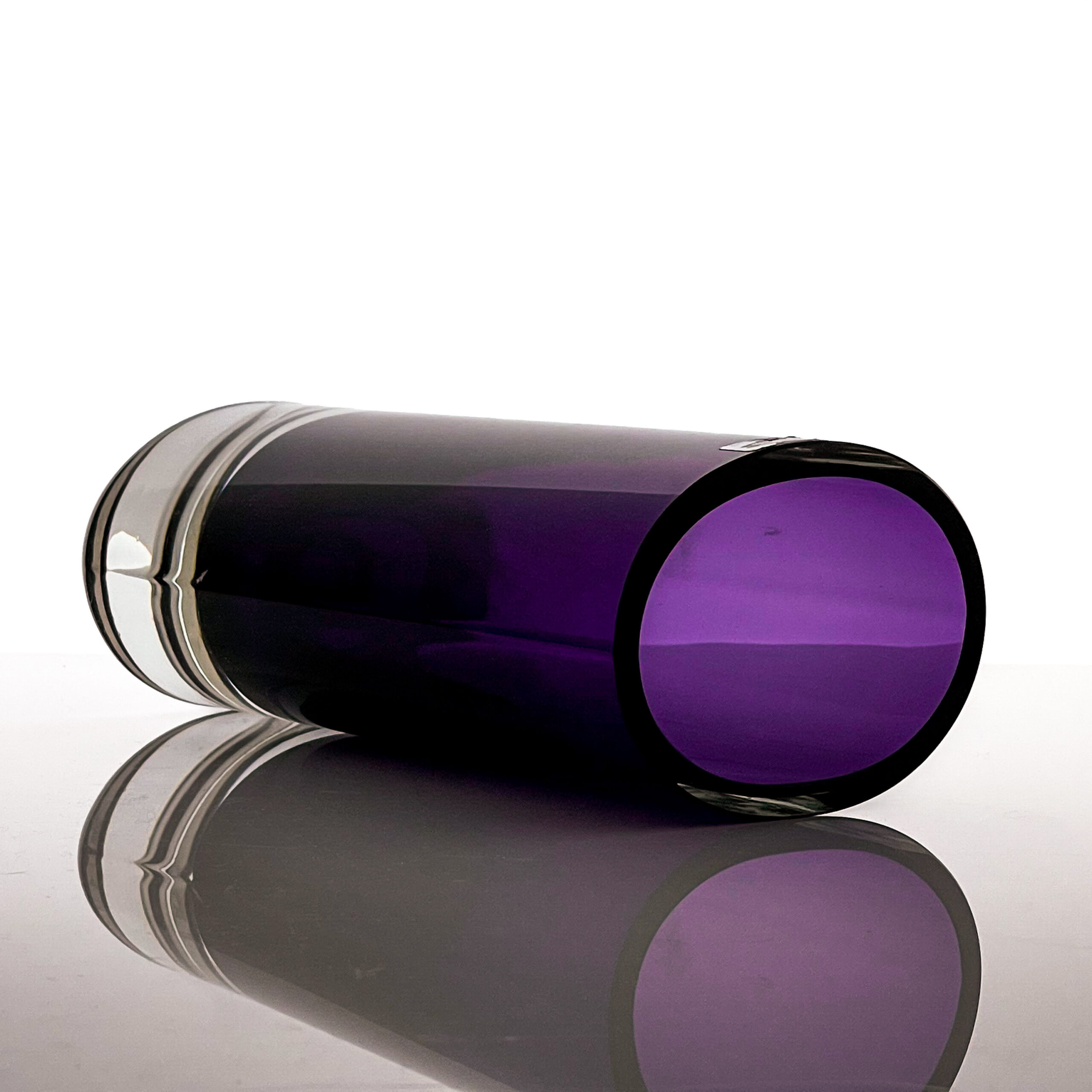 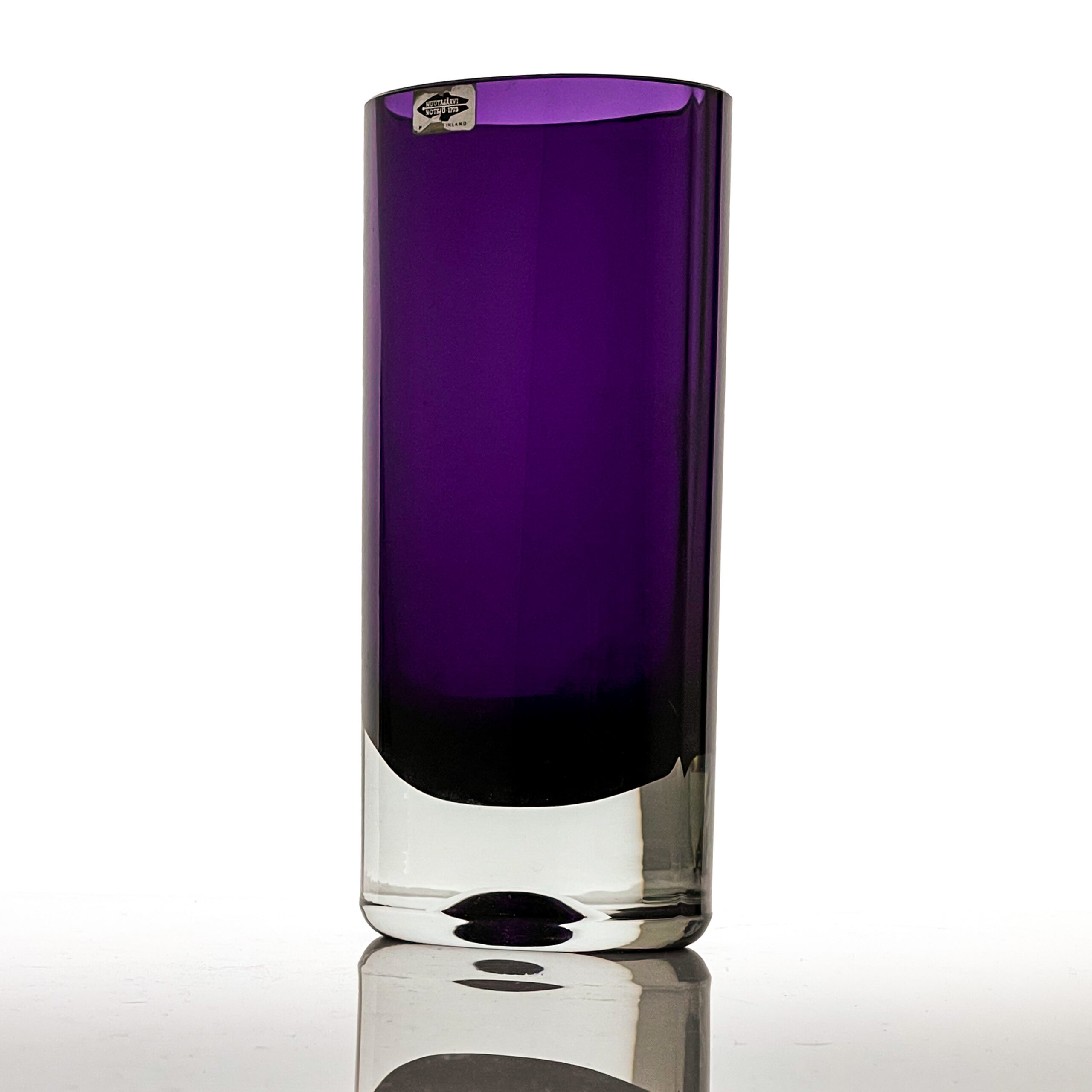 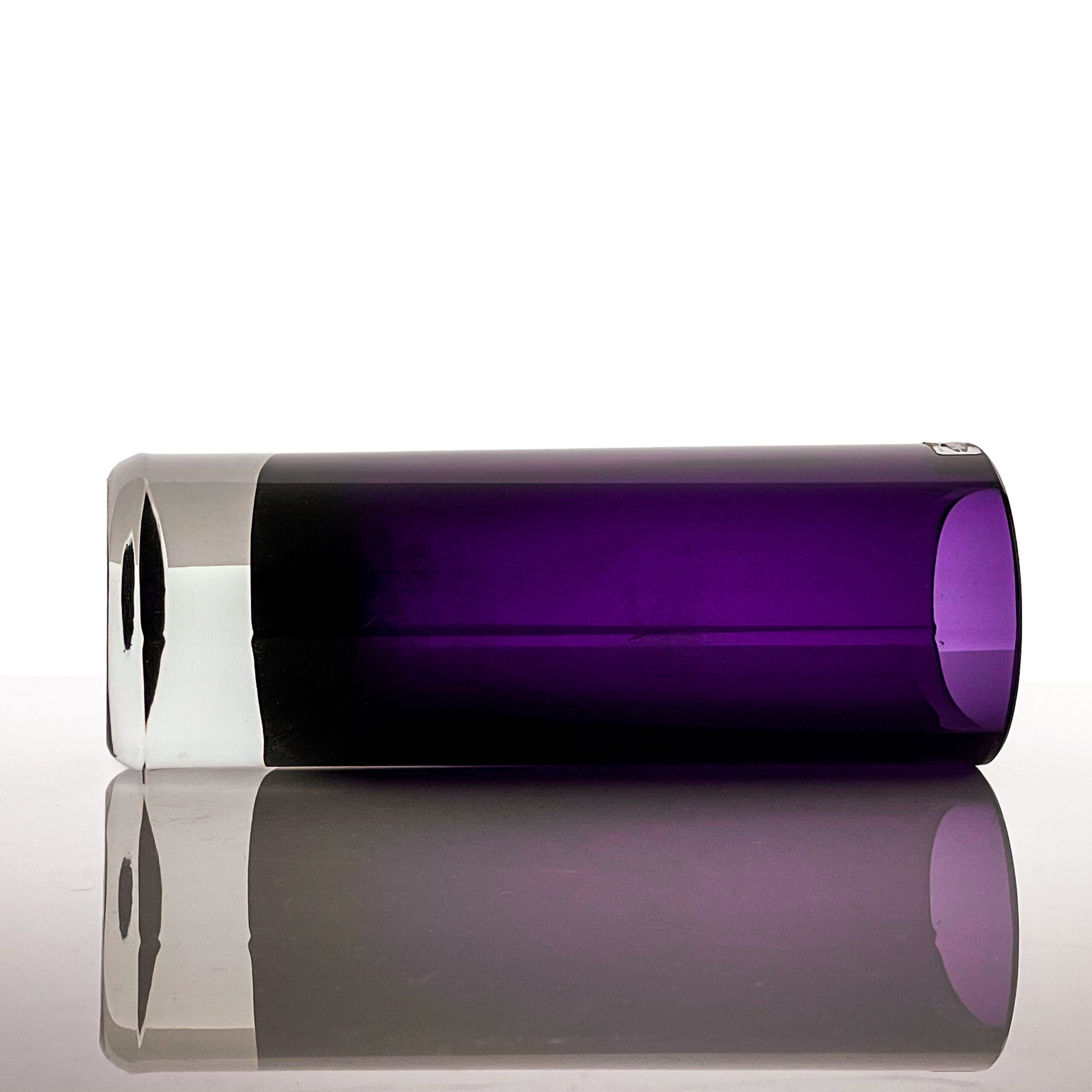 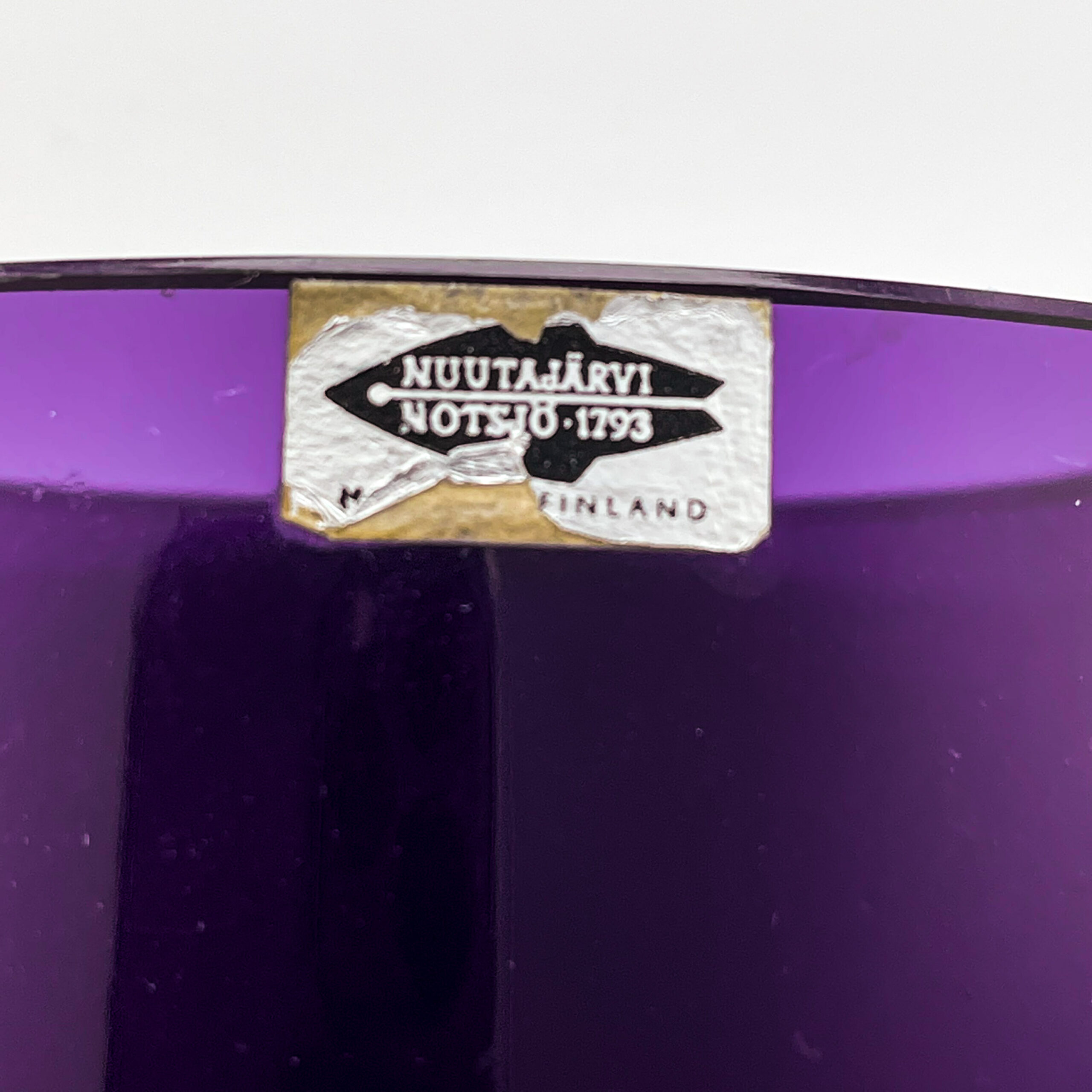 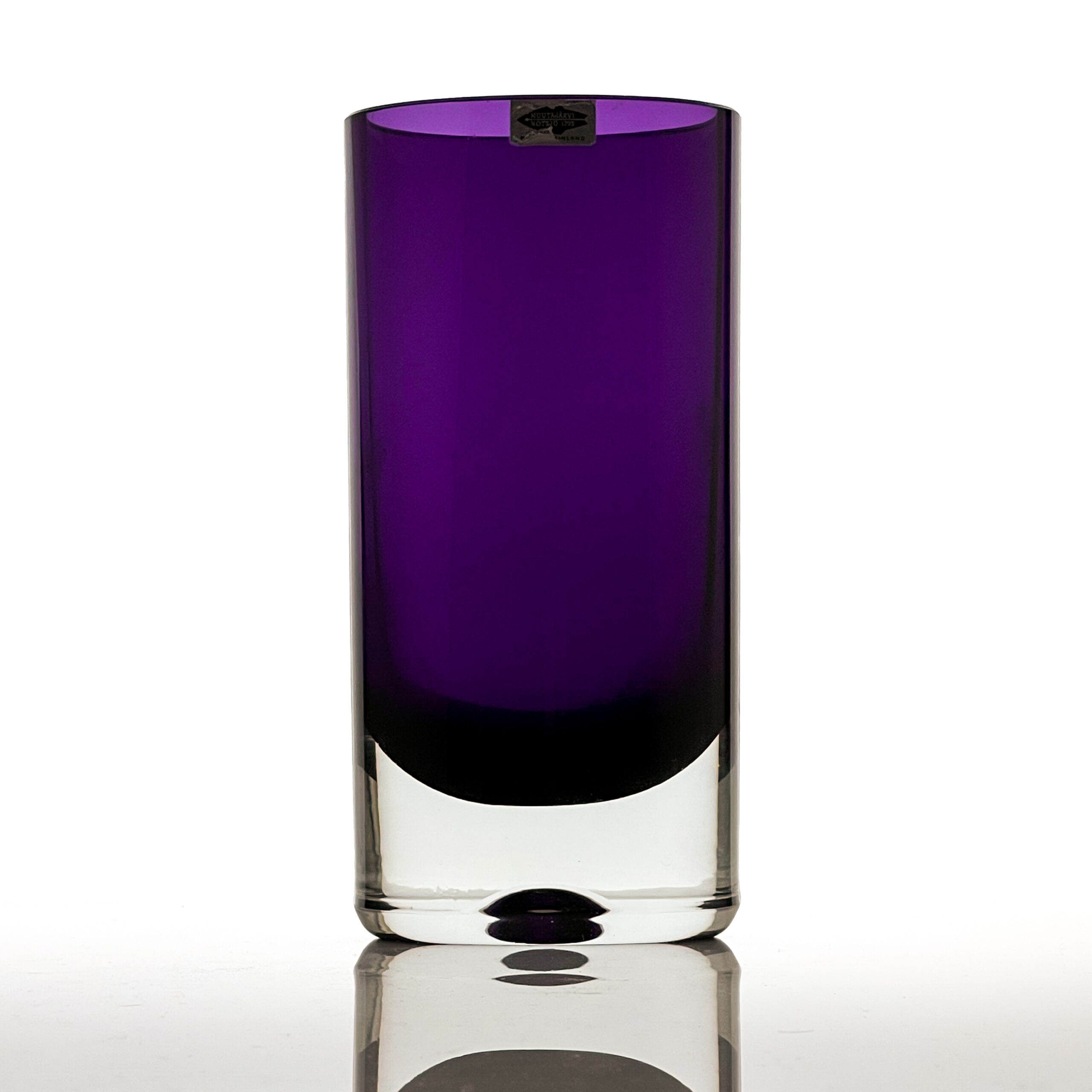 A turned mold blown, cut and polished - purple and clear - cased glass art-object, model KF 295. This art-object was designed by Kaj Franck in 1964 and executed by the Nuutajärvi-Notsjö glassworks, Finland circa 1965.

These art-objects were only made between 1964 and 1970 in a few different colors, this deep purple excample is uncommon.

It is marked underneath the base: Nuutajärvi-Notsjö. In accordance with Kaj Franck's ideas regarding the role of the artist in the creative process, his designs were, from mid-1960s-late 1970s, signed with the factory name only.

This art-object is in very good condition. Some minor scratches, consistent of age and use. It still bears the original paper factory label.

Signed underneath the base: Nuutajärvi-Notsjö 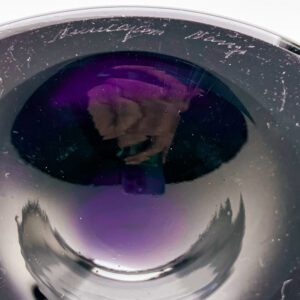 The Art-object is in very good condition, some minor scratches and wear consistent with age and use.