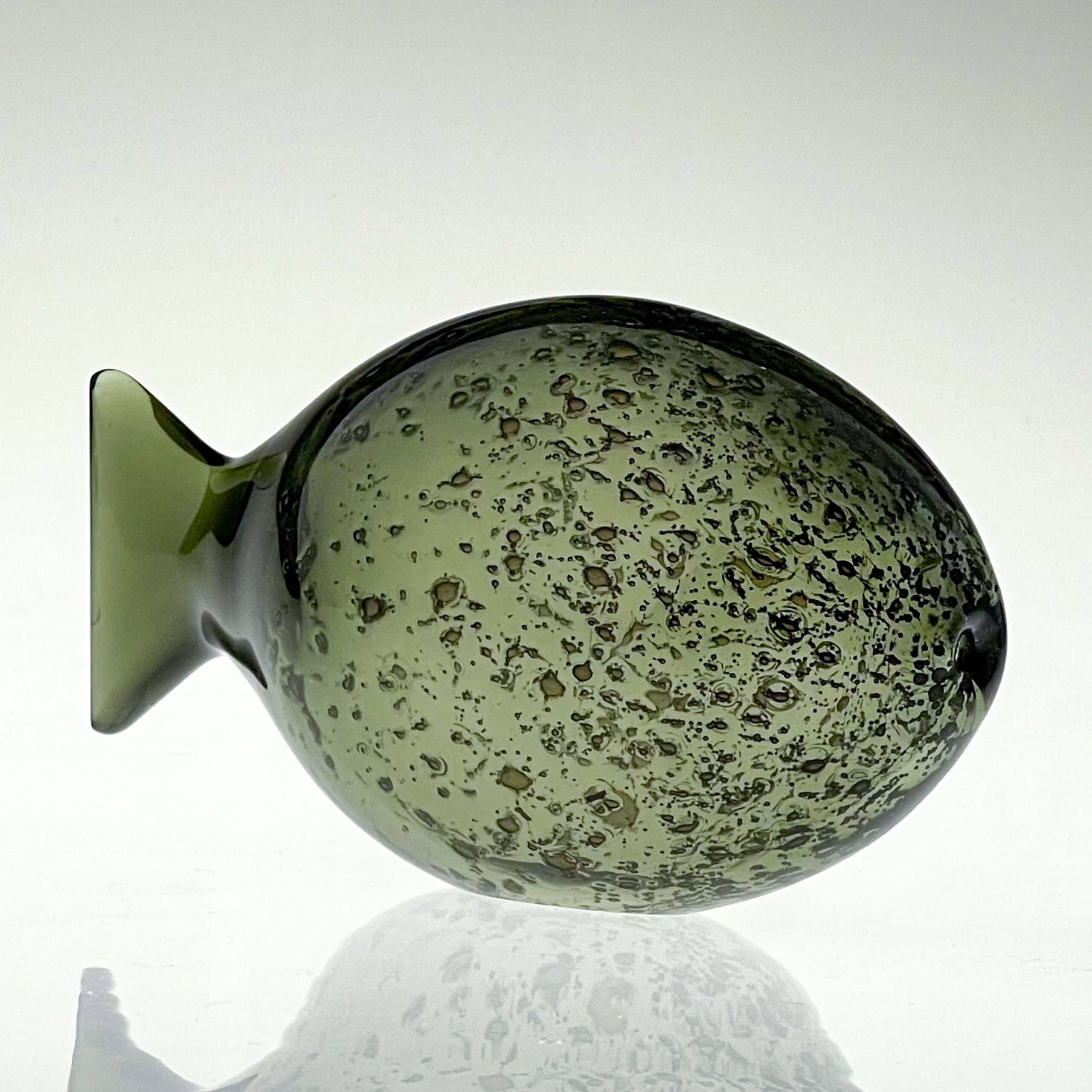 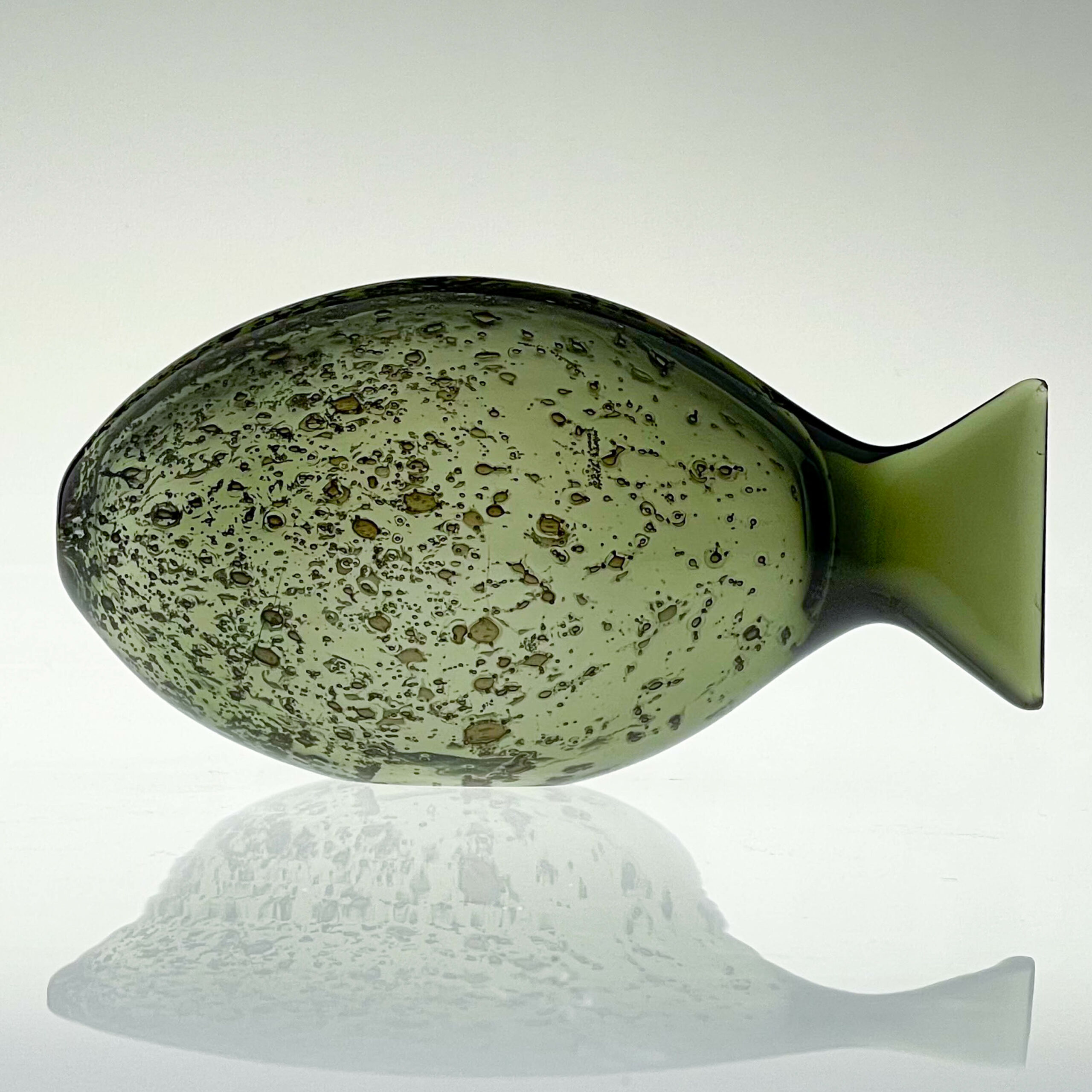 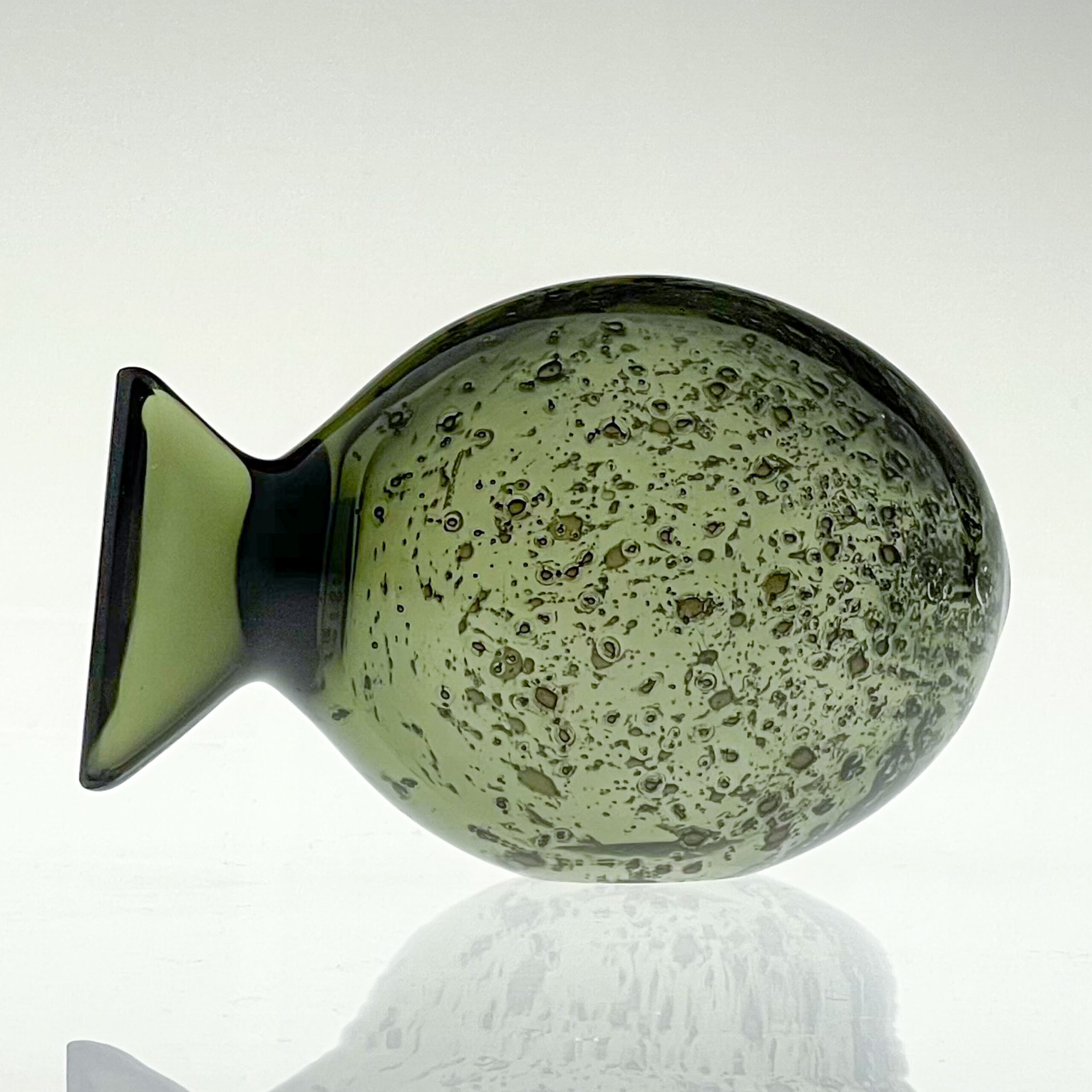 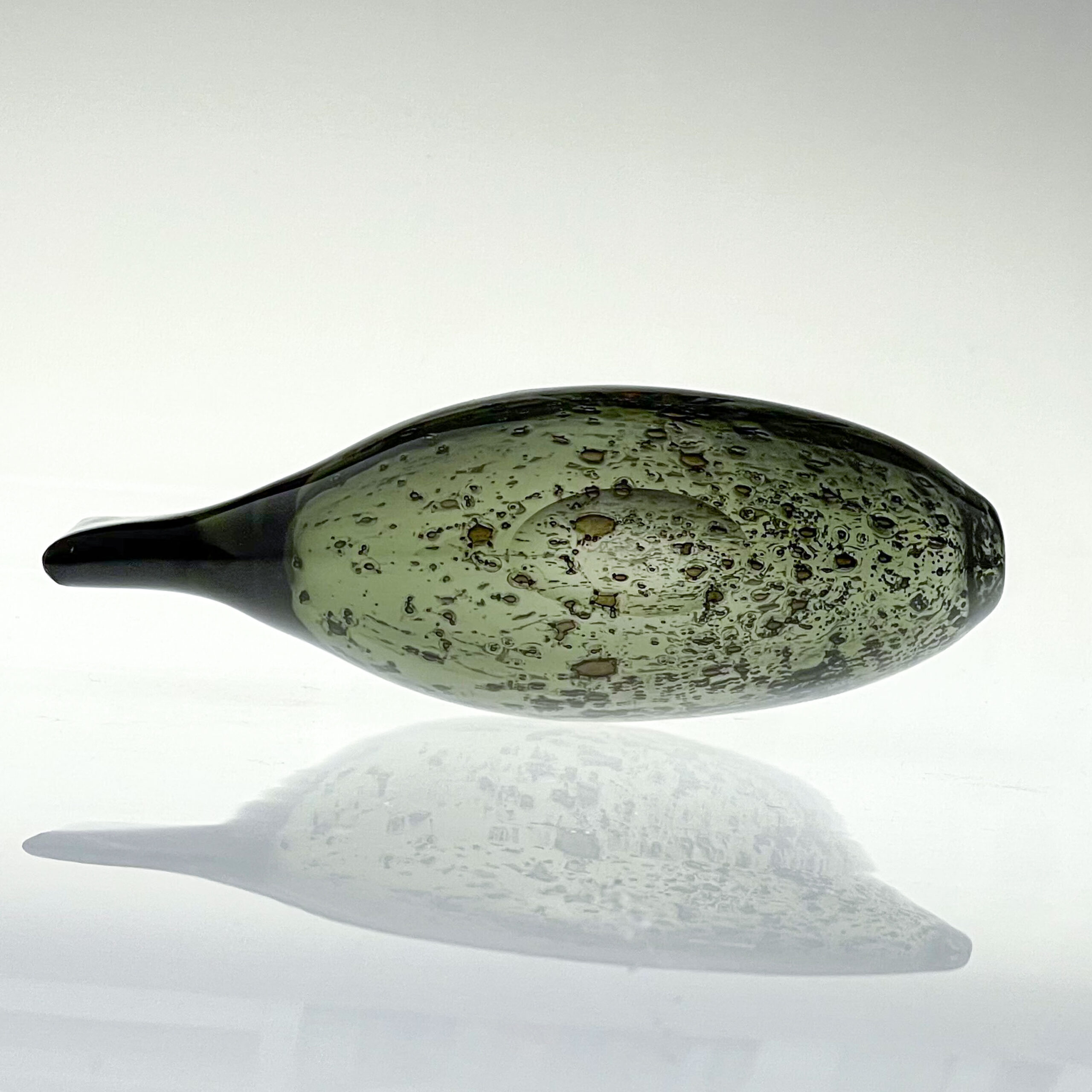 Born in 1911 on the Finish Russian border in a family of architects (his grandfather was director of the famous Arabia Ceramics factory) of Finish-German-Swedish decent.

Today his name is used for the prestigious “The Kaj Franck Design Prize” annually awarded by the Finish Design Forum.

Art-object in the shape of a fish ('ruutana' or crucian carp), green lead glass with tin crush bubbles, free-blown with ground and polished base, stylised flattened ovoid body with shaped tail. 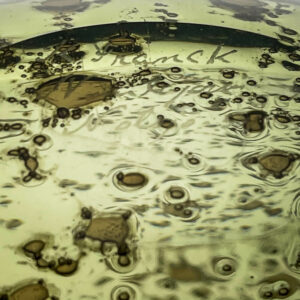 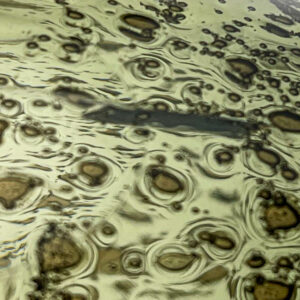