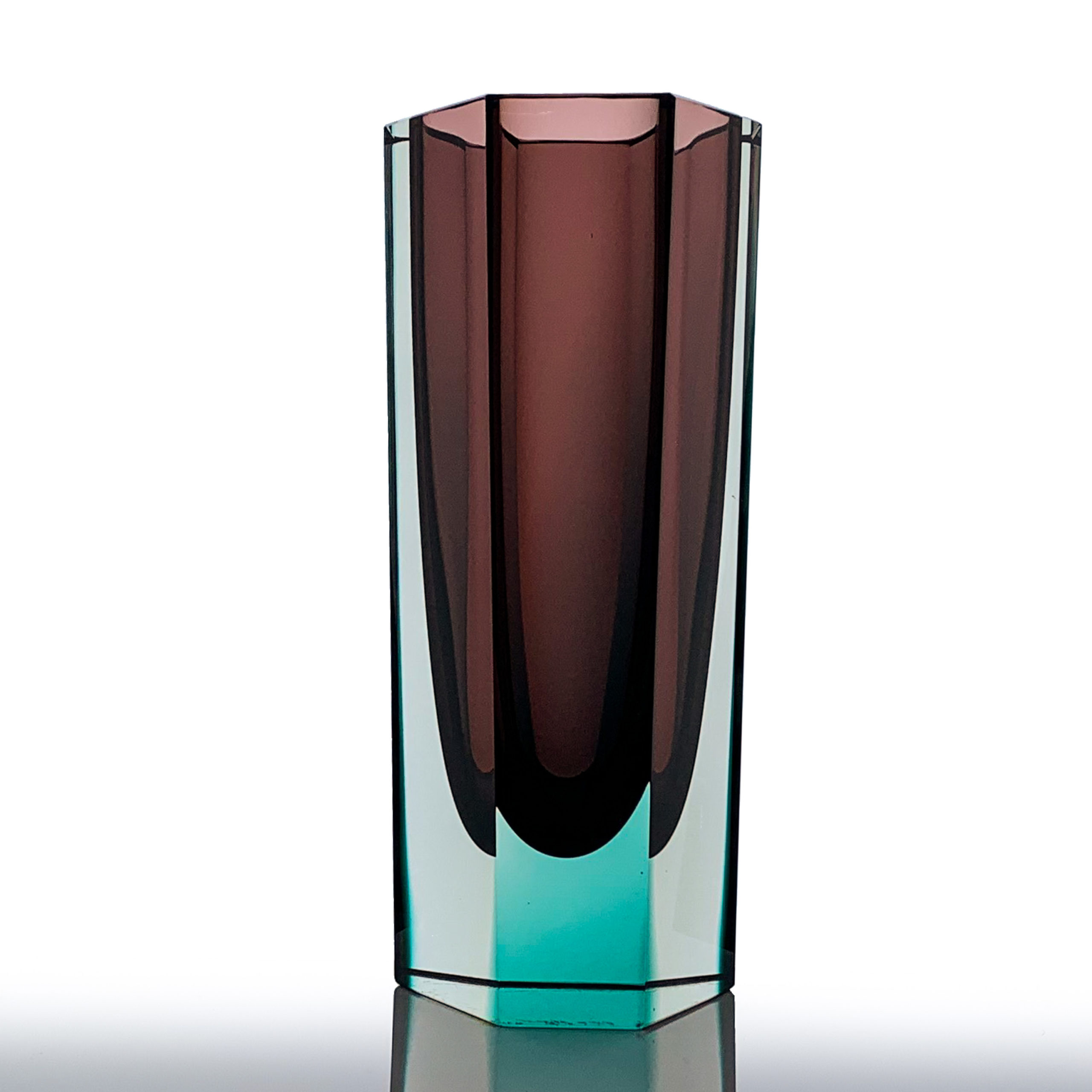 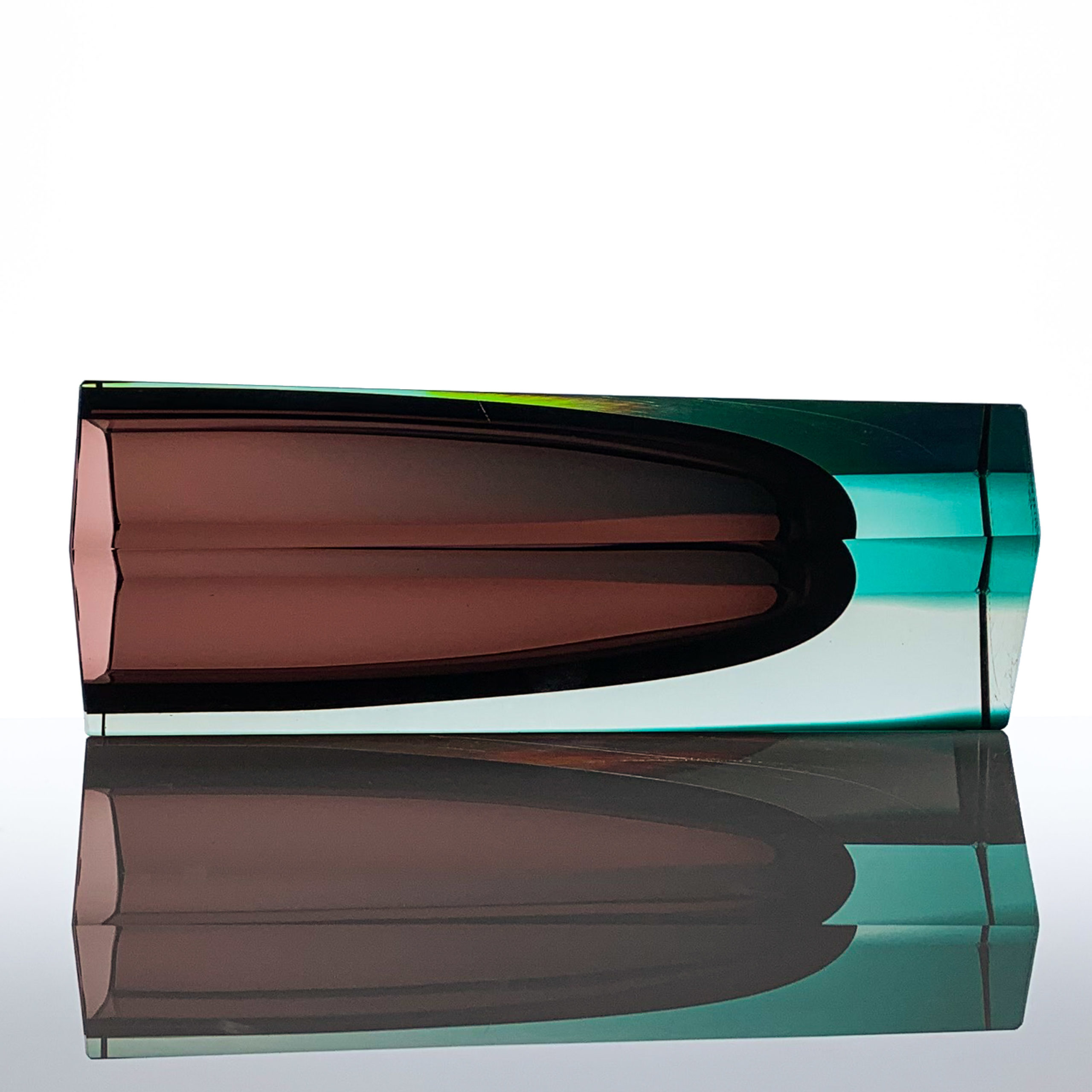 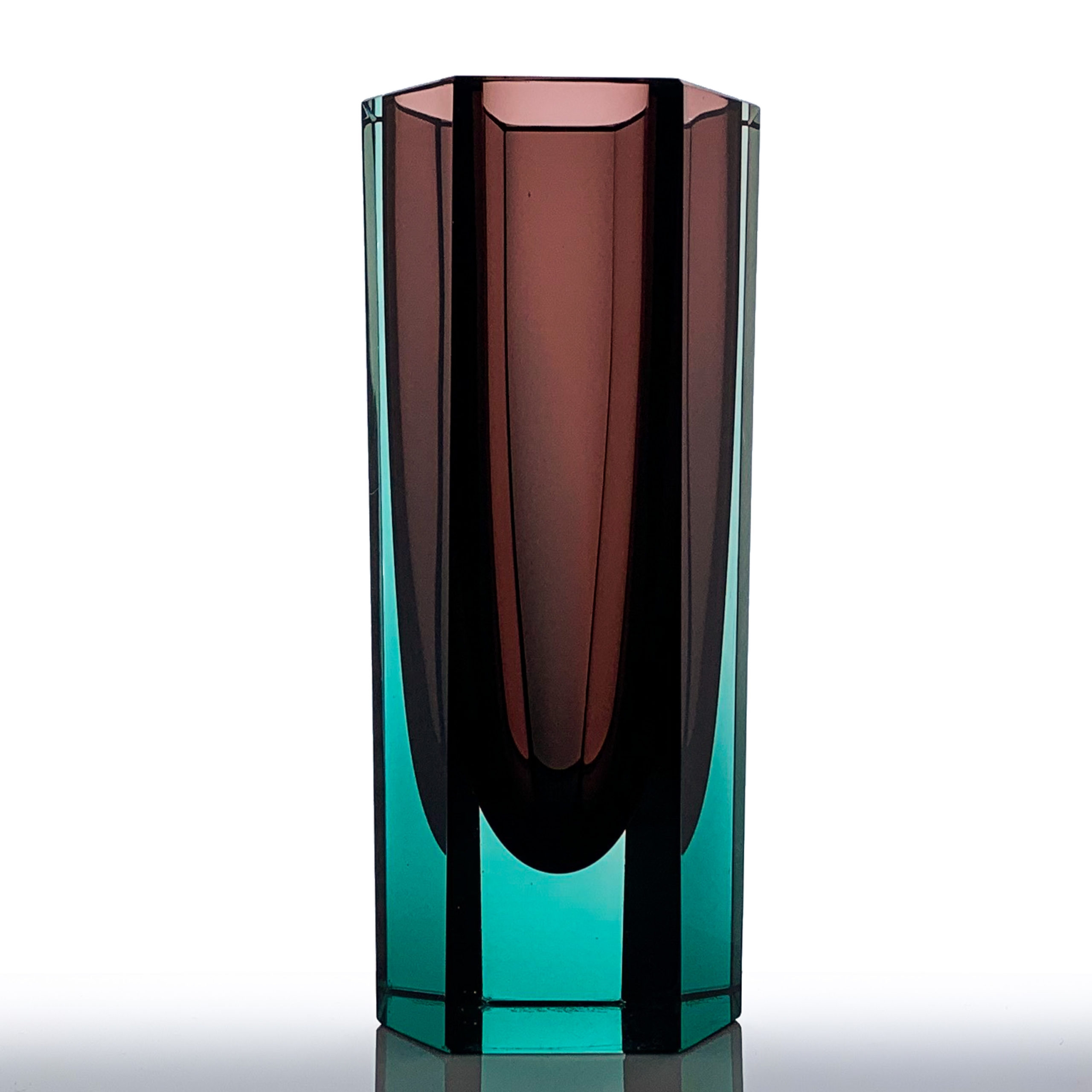 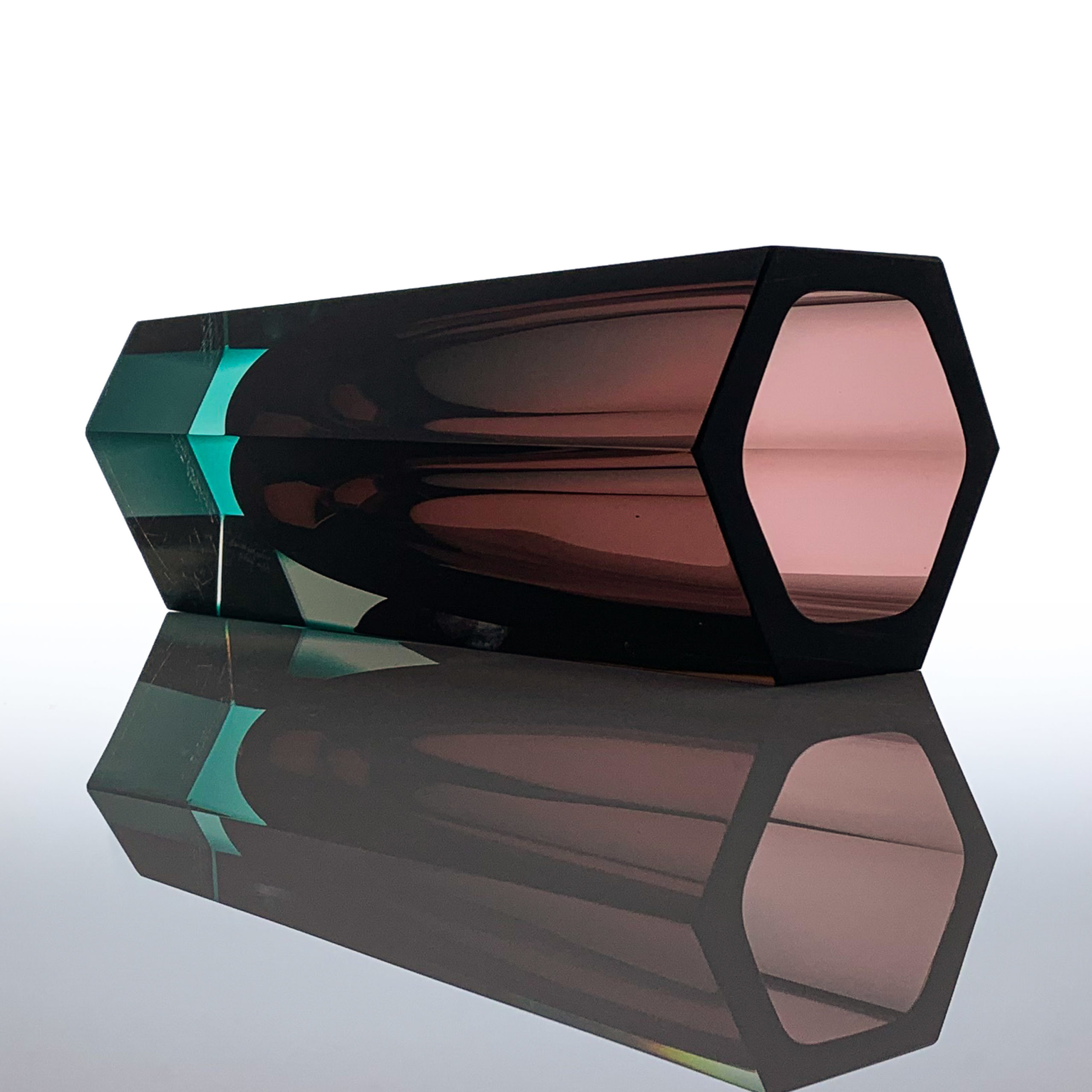 A turned mould blown, cased glass, facet cut art-object “Pilari”, model KF 249, in purple and turquoise hues. Designed by Kaj Franck in 1956 and executed by the Nuutajärvi-Notsjö glassworks, Finland in 1959.

These rare hexagonal shaped vases were made by the Finish Nuutajärvi-Notsjö glassworks between 1956 and 1968 in two different sizes (22 cm and 27 cm), this being the smaller sized example. The use of different colours in thin layers and the shape gives it the prismatic effect much like the model KF 215 "Prisma", designed by Kaj Franck in 1953. 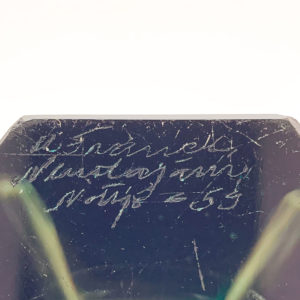 This "Pilari" is in good overall condition. No cracks, some minor scratches. On two of the six corners of the base there is some impact damage noticeable. Those small chips are 2.5 and 1.5 mm. Wear consistent with age and use.