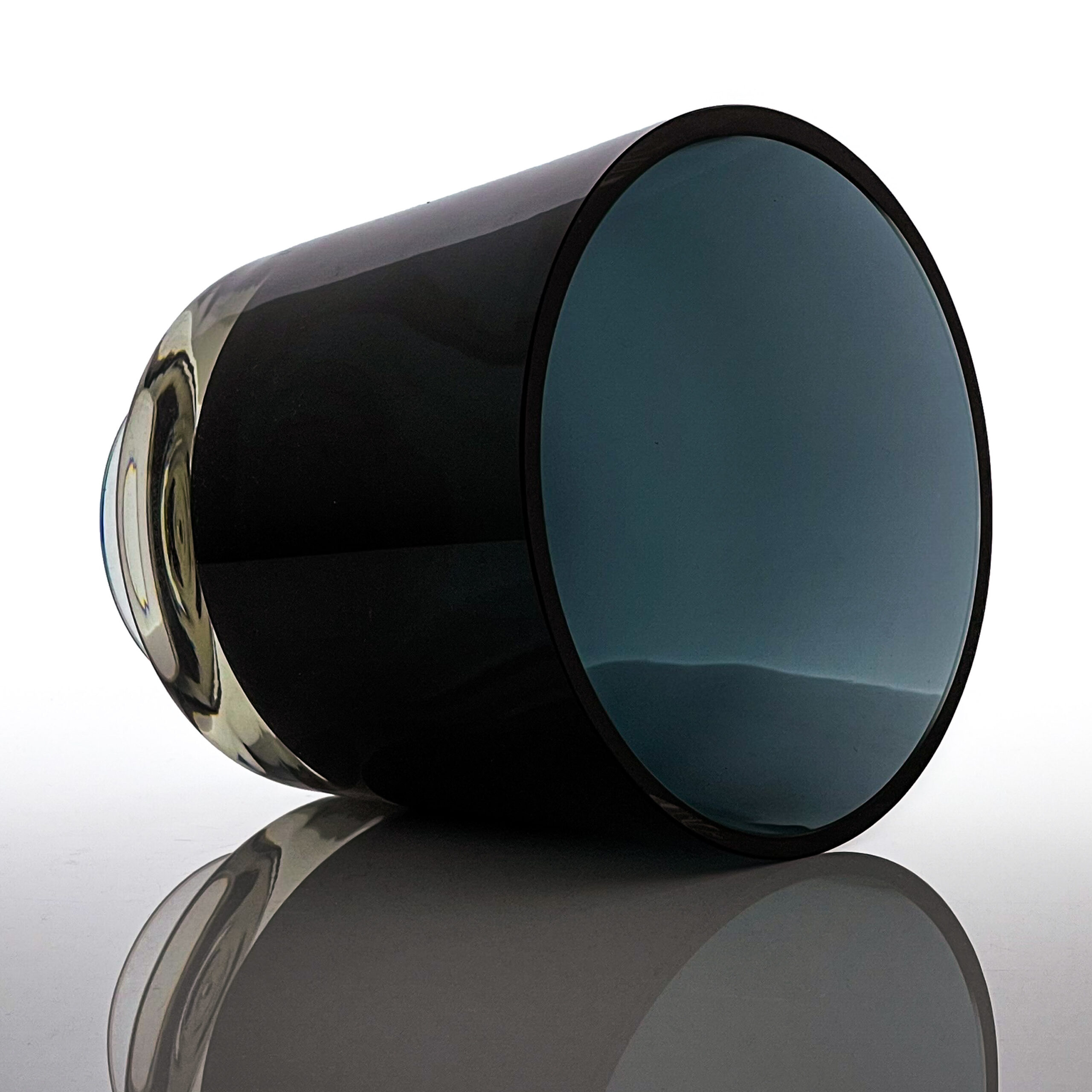 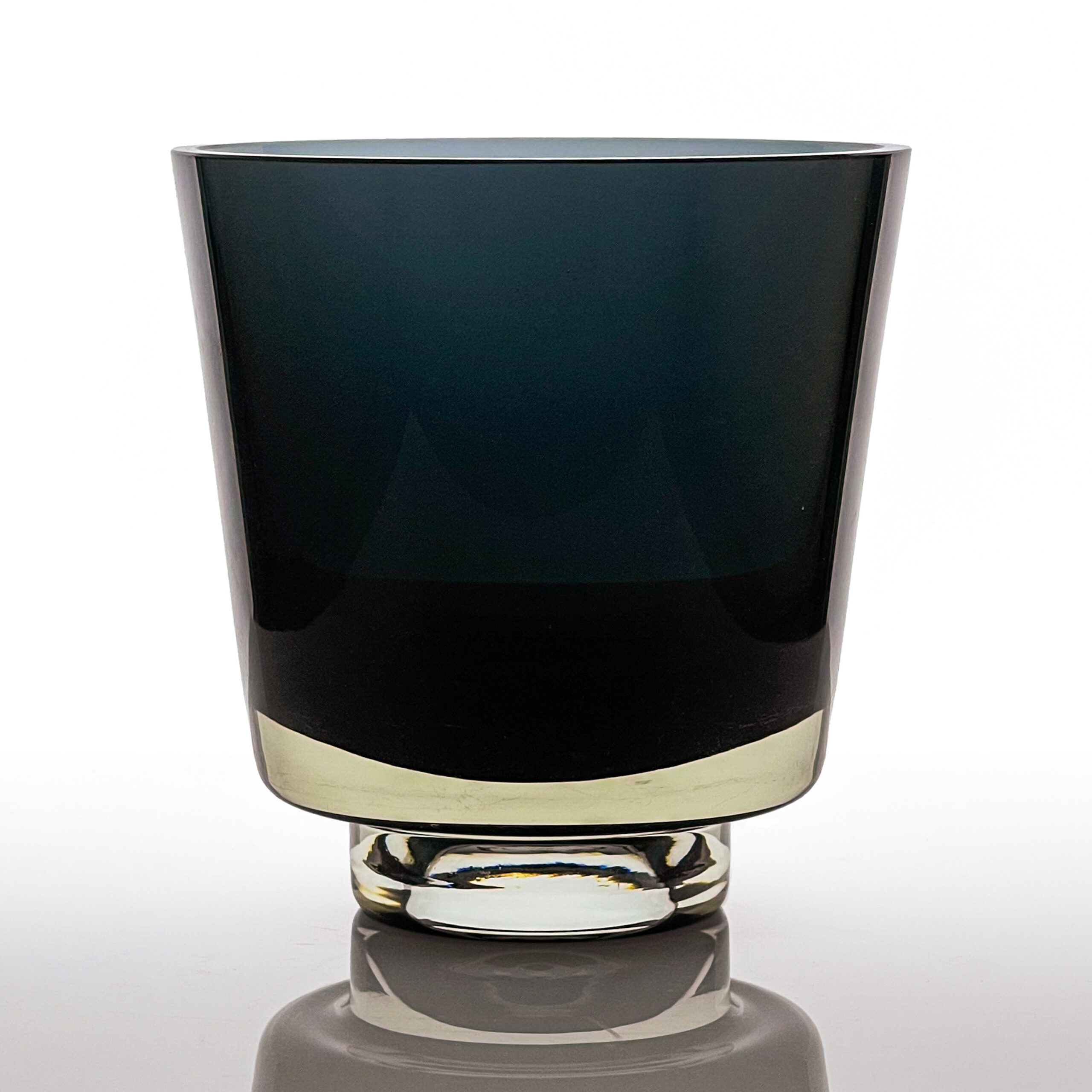 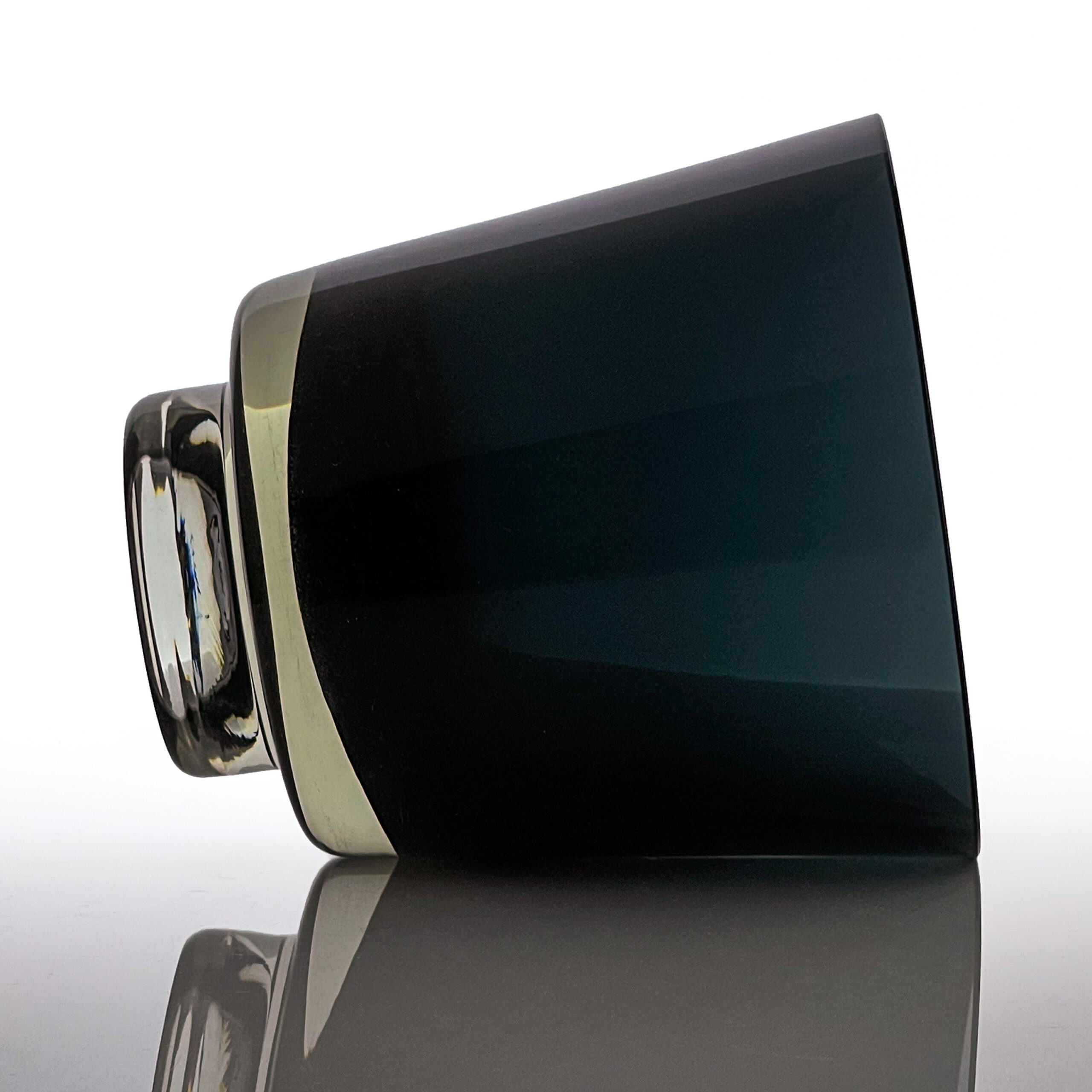 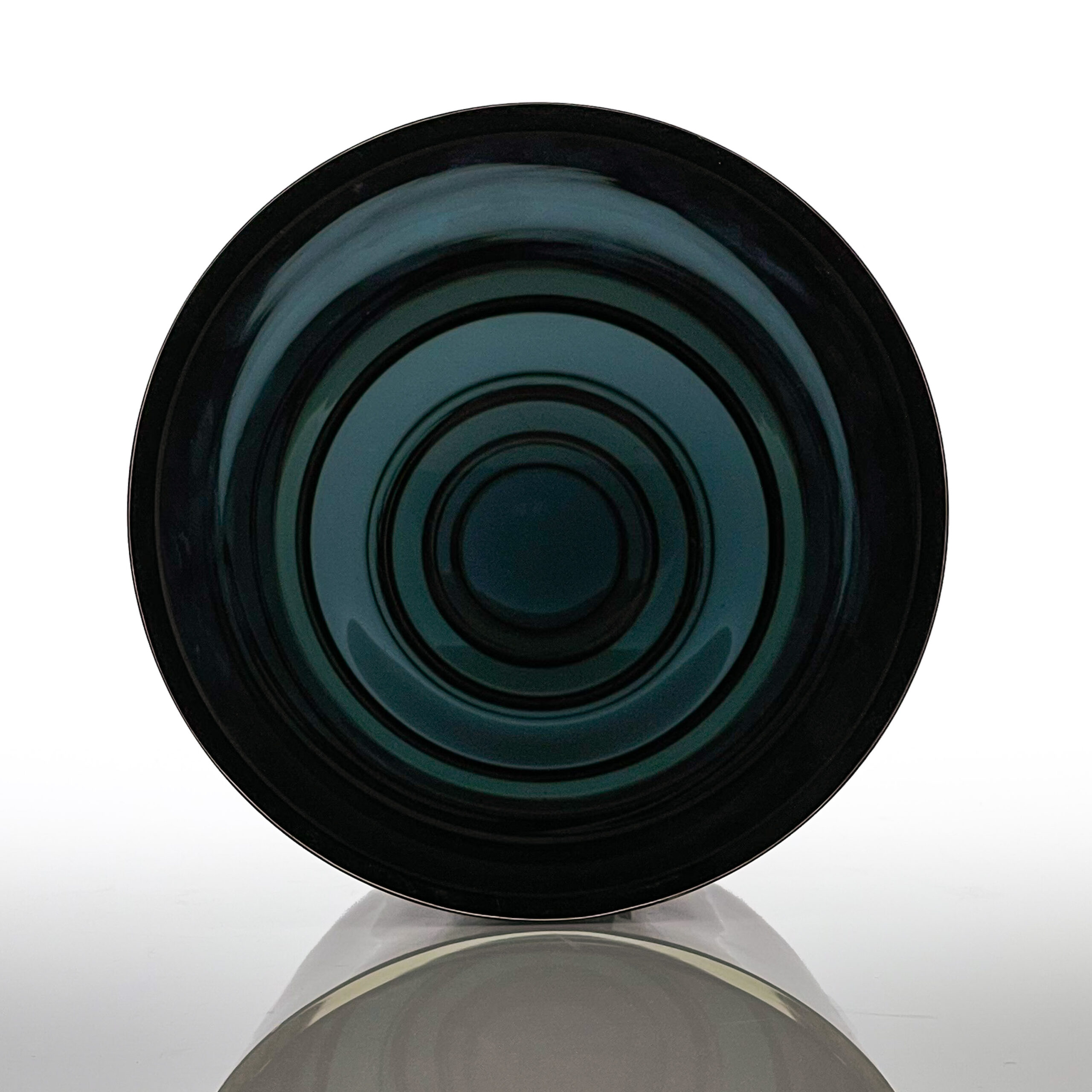 A moldblown, cut and polished blue and clear cased glass art-object, model KF 266. This art-object was designed by Kaj Franck in 1960 and executed by the Nuutajärvi-Notsjö glassworks, Finland in 1962.

These art-objects were only made between 1960 and 1964 in a two different colors and two sizes. It is marked underneath the base: KF Nuutajärvi-Notsjö 62 (1962).

This art-object is in good condition. Some scratches, consistent of age and use. 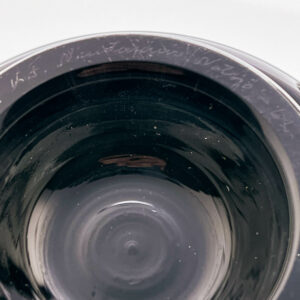 The Art-object is in good condition, some scratches and wear consistent with age and use.