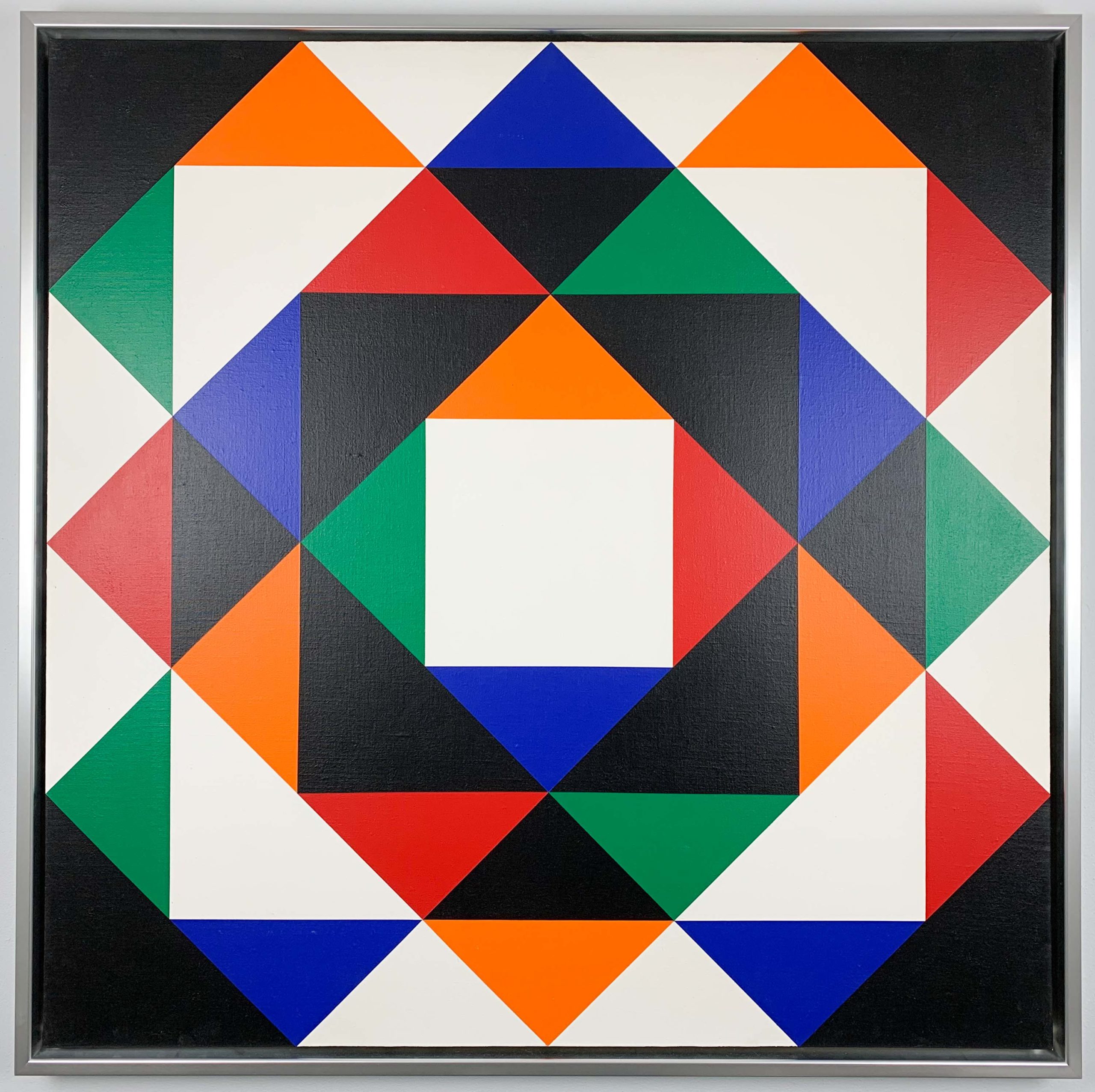 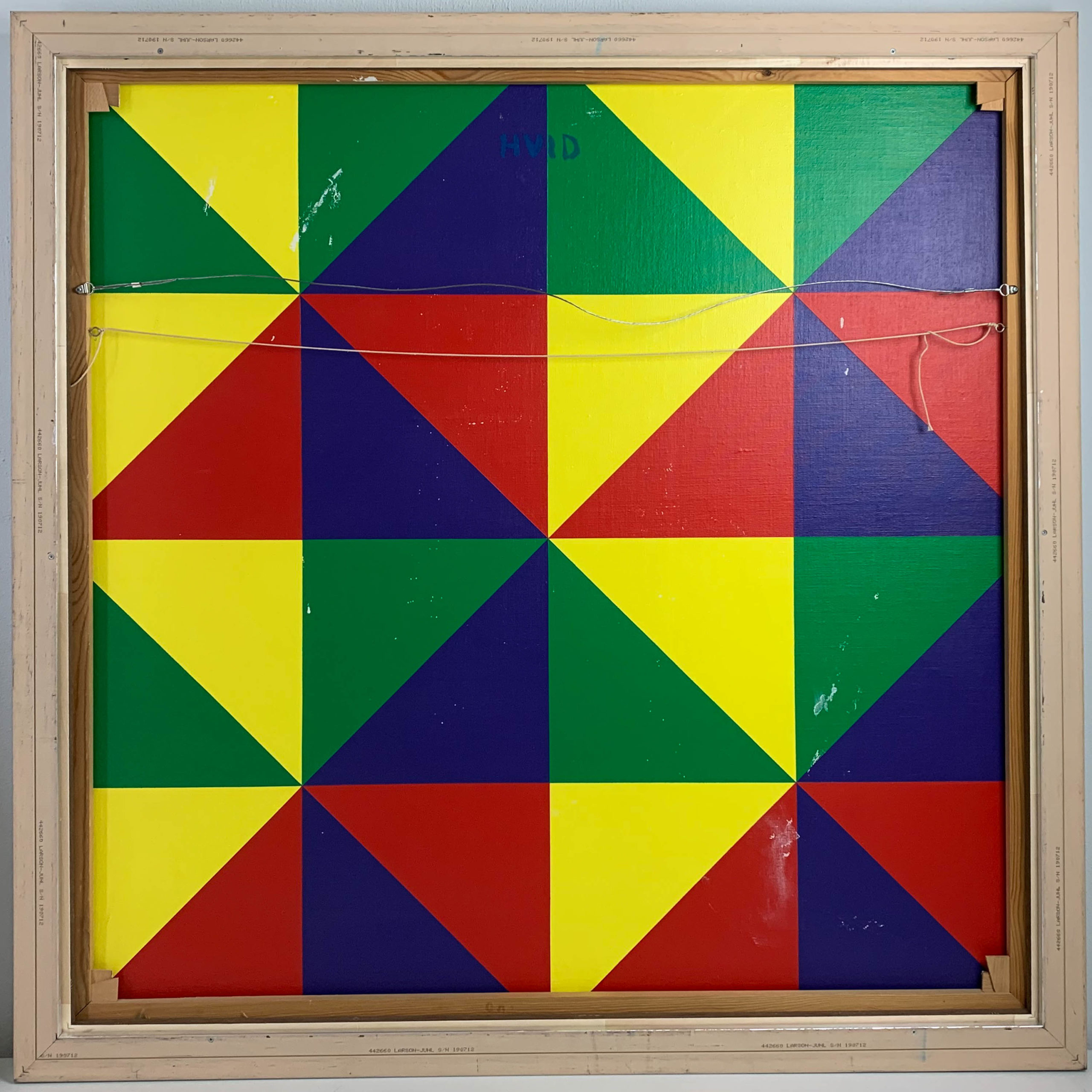 Concrete art is an art movement with a strong emphasis on geometrical abstraction. The term was first formulated by Theo van Doesburg and was then used by him in 1930 to define the difference between his vision of art and that of other abstract artists of the time.

After his death in 1931, the term was further defined and popularized by Max Bill, who organized the first international exhibition in 1944 and went on to help promote the style in Latin America.

The term was taken up widely after World War II and promoted through a number of international exhibitions and art movements.

In 1947, a number of artists including Ib Geertsen, Bamse Kragh-Jacobsen, Niels Macholm, Albert Mertz and Richard Winther created Linien II with an exhibition in Tokanten's gallery in Copenhagen.

Hans Jorgen Hvid works in this tradition since 1966 until this day. He lives and works in Copenhagen, Denmark.

The painting is signed on the reverse. The canvas has been reused by the artist and there is a part of a second painting visible on the backside. 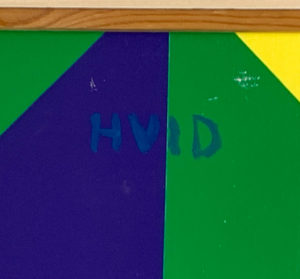