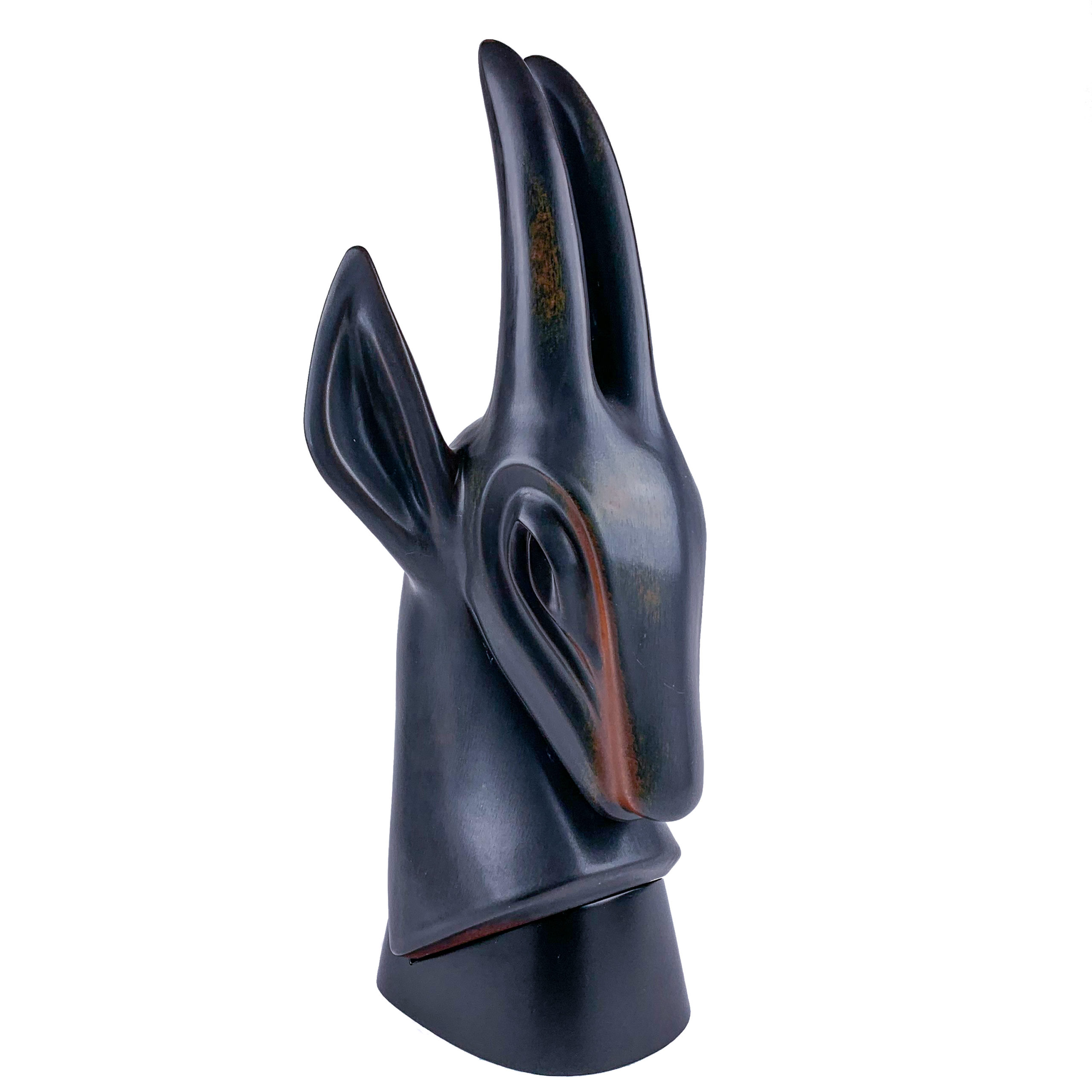 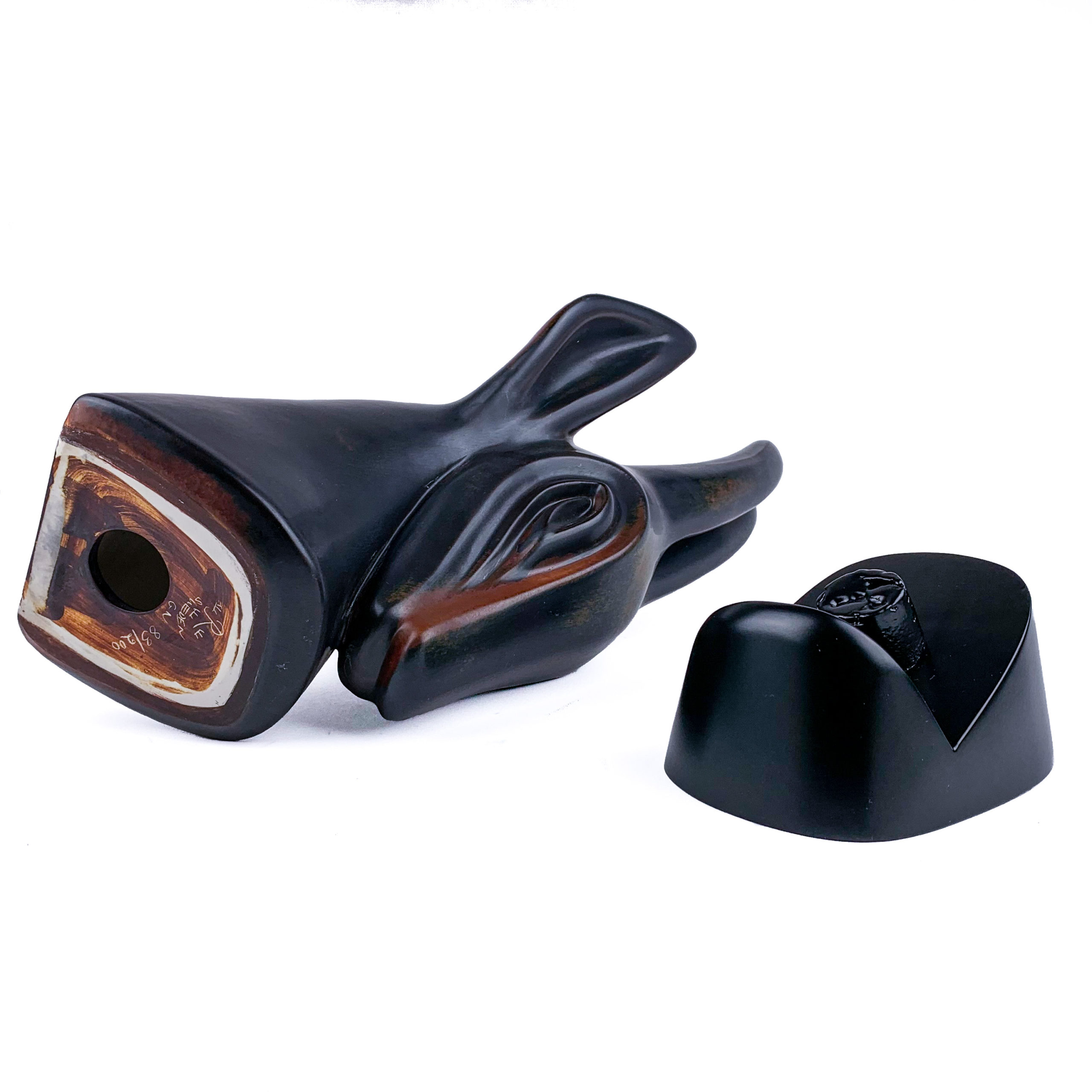 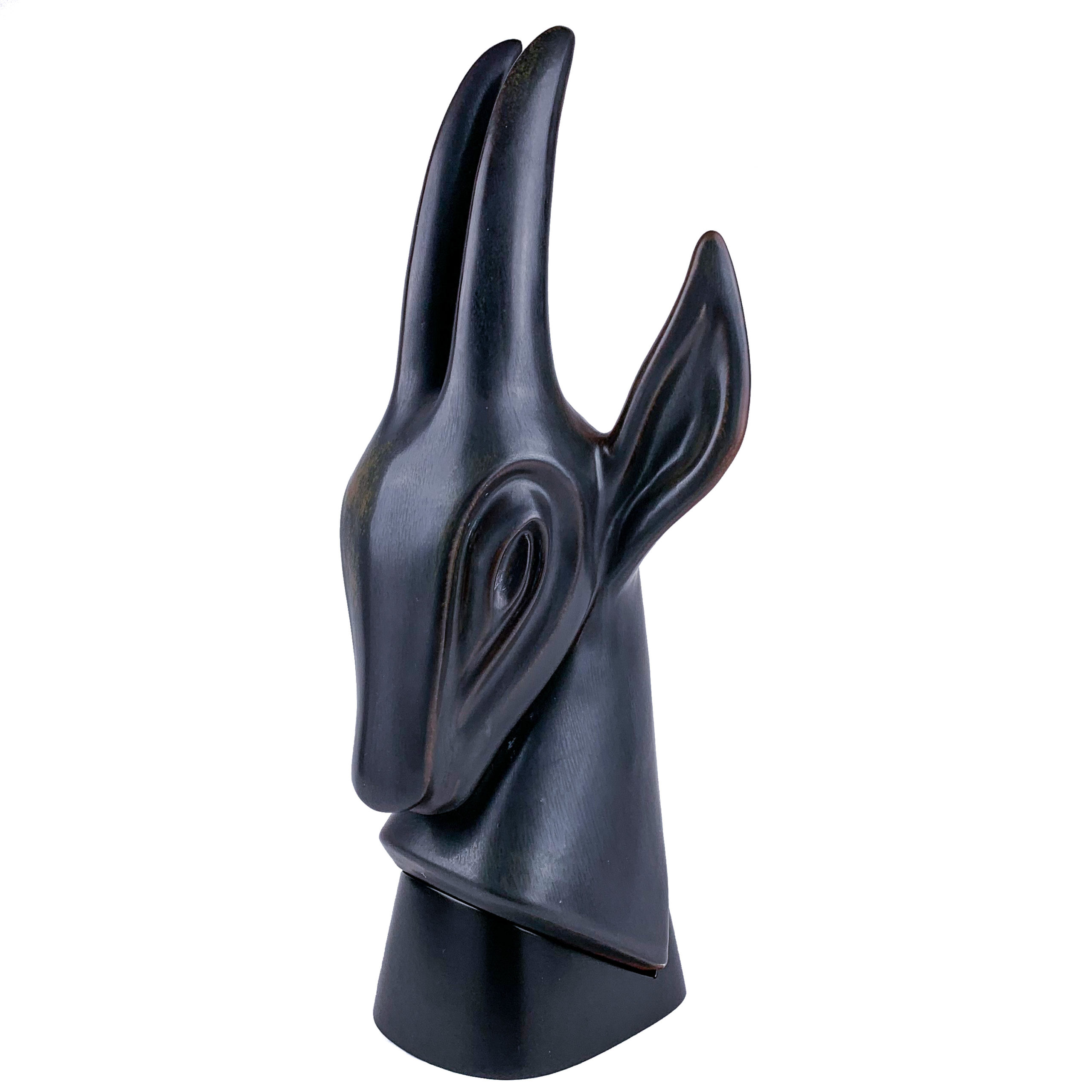 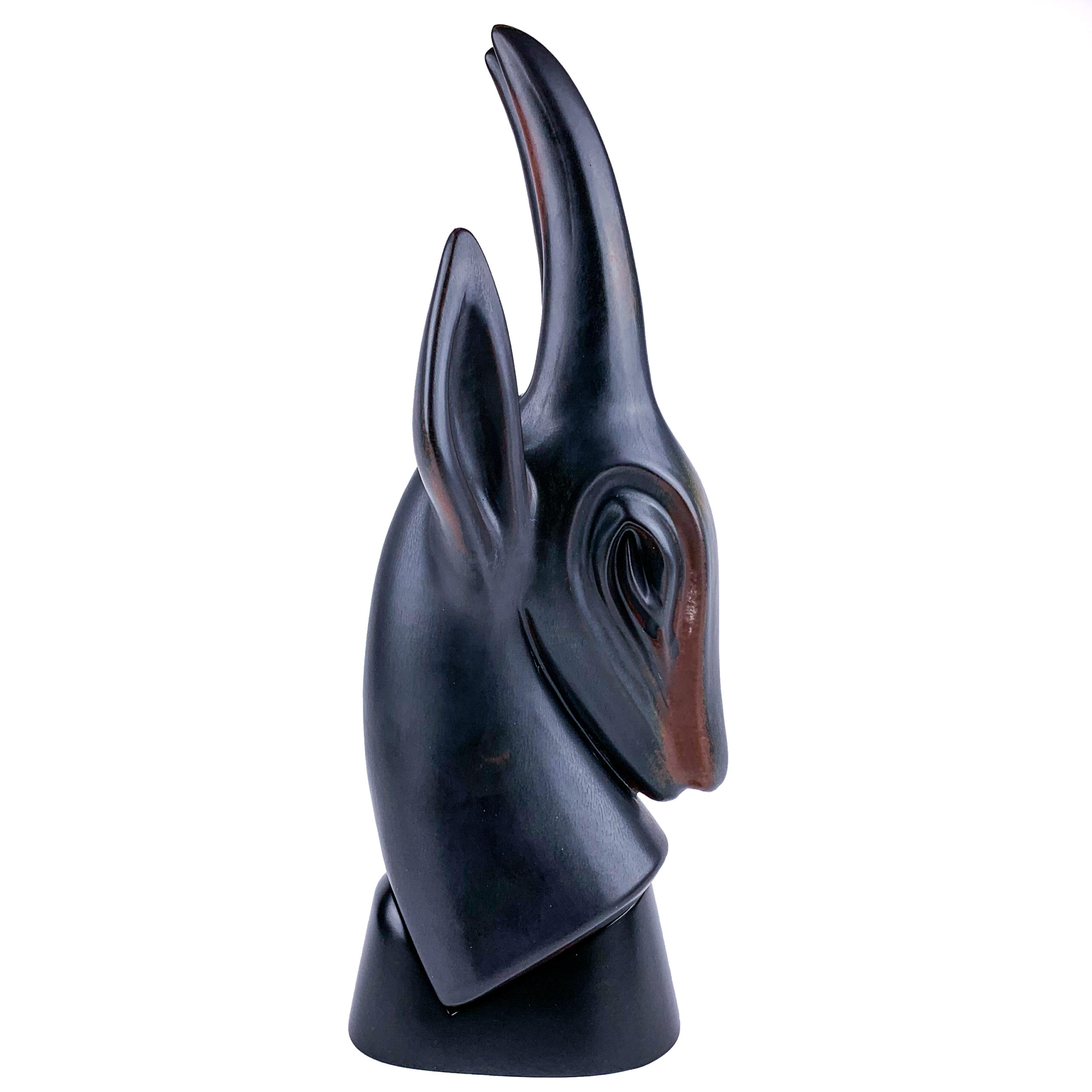 A large stoneware sculpture of an Antilope, finished in matte reddish brown and dark brown glazes on a satin-gloss black lacquered wooden base.

This sculpture was designed by Gunnar Nylund and executed by the Swedish ceramics factory Rörstrand in the 1950's. It is fully signed underneath: R (Rörstrand) Sweden with 3 crowns (after 1951 Rörstrand changed to the international spelling Sweden), GN (Gunnar Nylund) and 83/200 which indicates that it is part of a limited edition of 200 pieces. There were examples made of this sculpture in different glazes though. It lacks the post 1960 VDN markings, so this piece was made between 1951 and 1960.

Marked underneath the base: R (Rörstrand) Sweden with 3 crowns, GN (Gunnar Nylund) and 83/200. 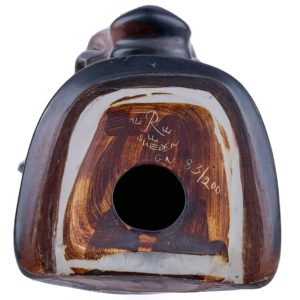 The lacquered wooden base has been restored to original condition.