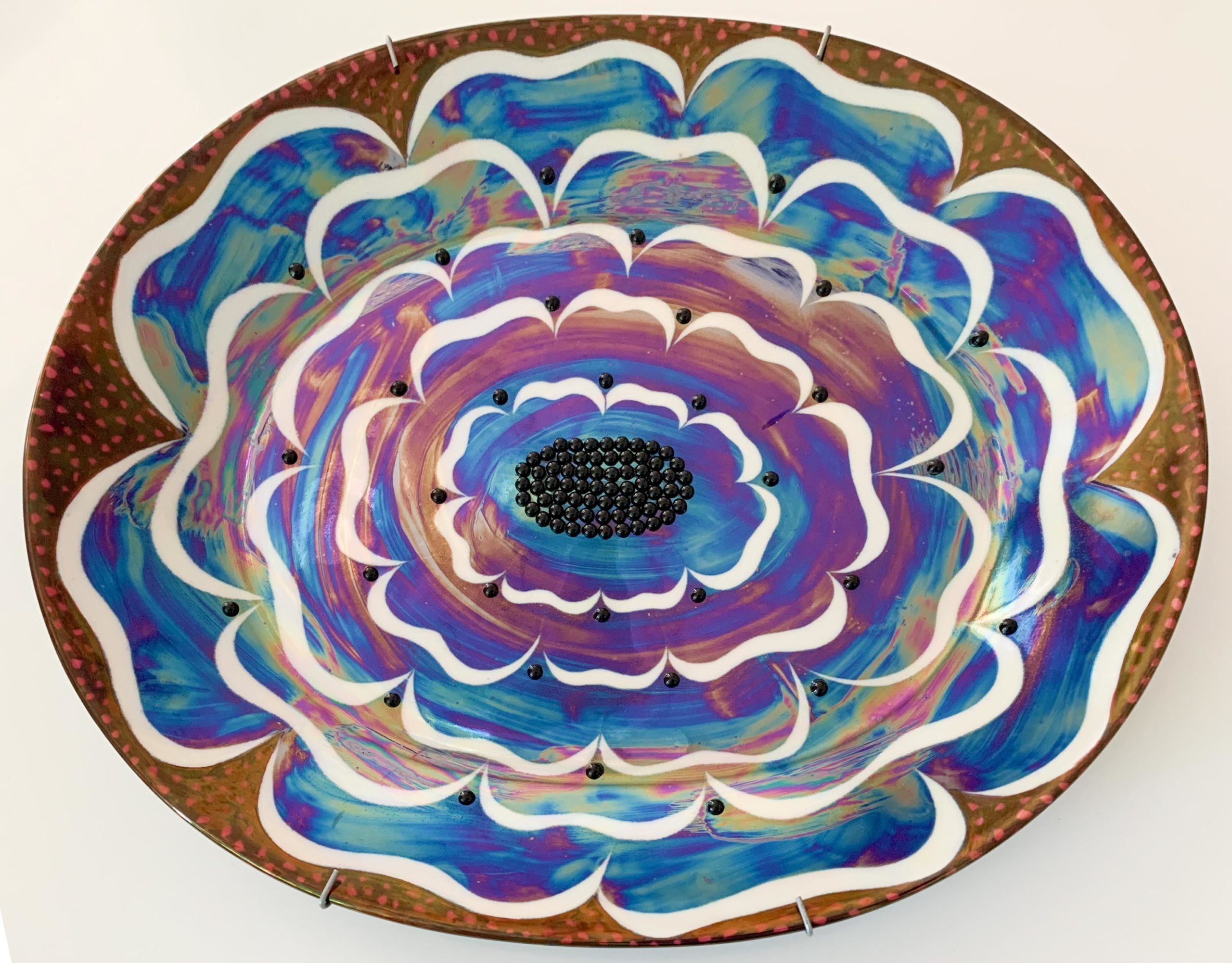 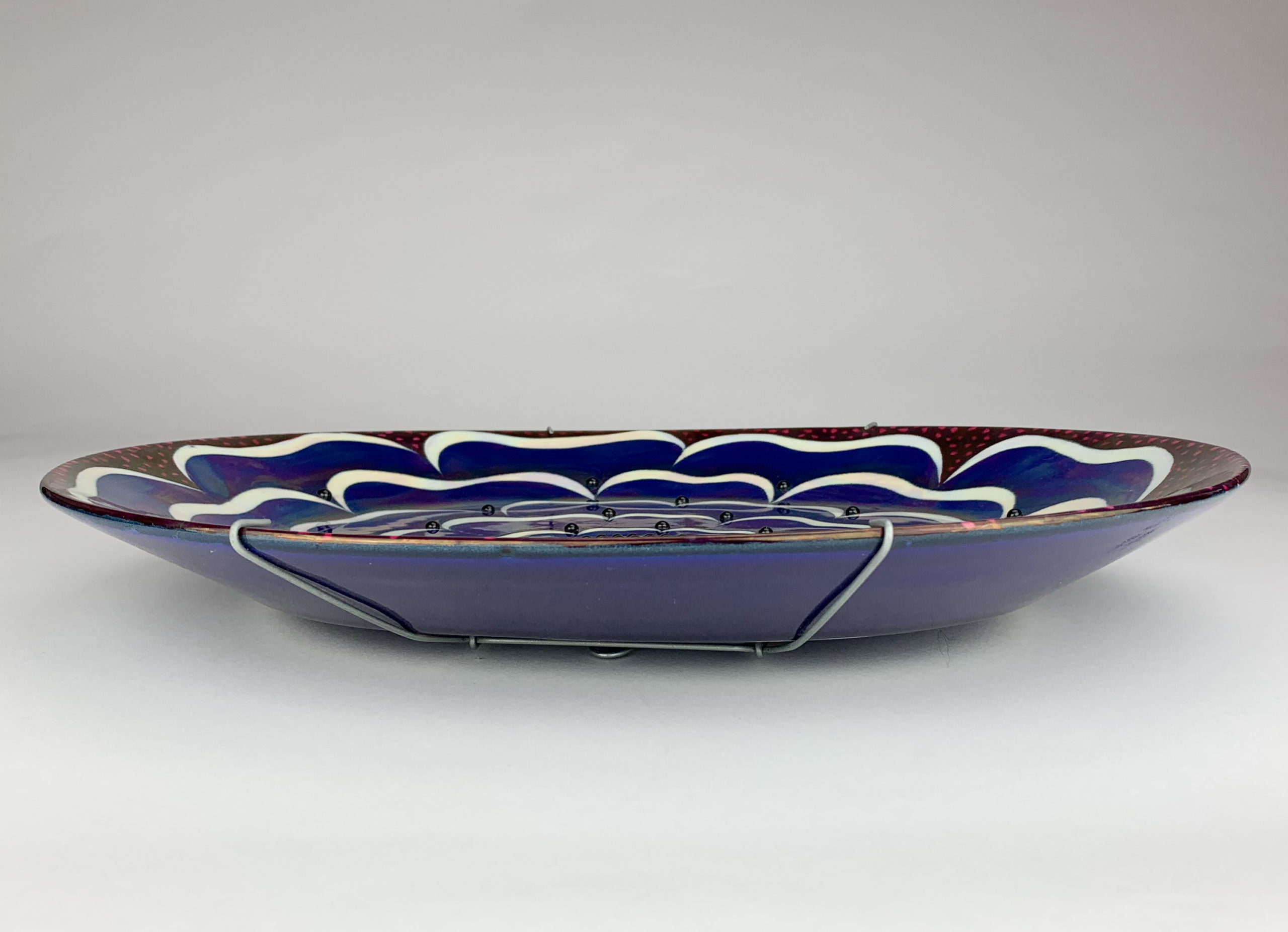 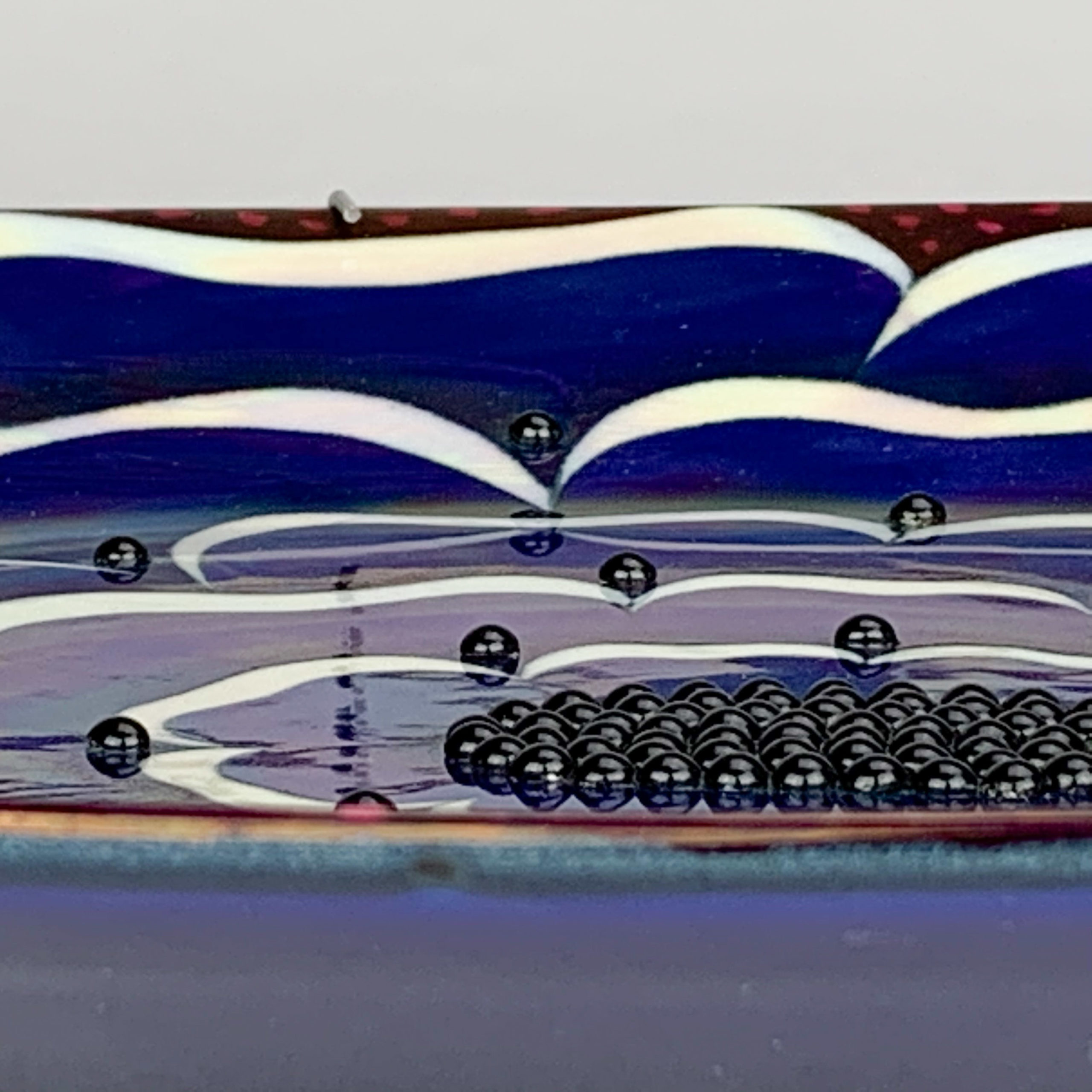 Birger Kaipiainen (Pori 1915 - Helsinki 1988) was a Swedish - Finish Ceramist and designer. He is one of the most successful and well-known ceramic artists in Finland.

Large decoration wall-platter, "Florence"-series, signed Birger Kaipiainen, Arabia. The platter is decorated with a multicolored iridescent glaze. Ceramic beads are attached to the surface. The back of the platter is glazed dark blue.

The dish is in very good condition. 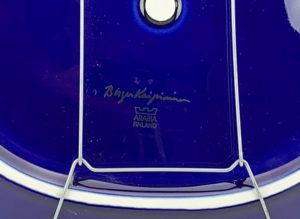